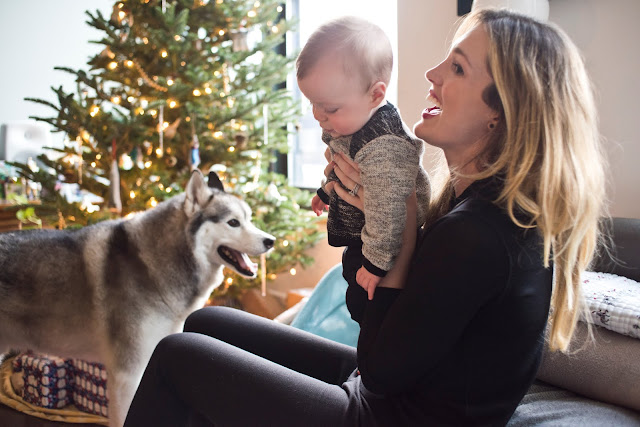 An Ode To Zuko the Husky

I had no idea when I went to my dear friends Chris and Paige’s house to meet baby Rowan and shoot their tree that it would be Zuko’s last photoshoot. He was listless and not his usual self, but little did I know that the pictures I’d take that day would be the last photoshoot  Zuko would have as the family dog.

Zuko was 11, nearly a senior dog. 11 is a life well lived for a husky. He moved to NYC with Paige, then came Chris, then the baby,. Zuko was there for all of it. He tolerated the baby at first, then they eventually worked up their own kind of fraternal relationship.

After I had been there for a while, Paige suggested that Chris give Zuko one of his presents, wrapped and waiting under the tree. A plush, piggy dog toy. Zuko was quietly apoplectic, not feeling well, but unable to restrain his doggie enthusiasm for a new toy. “Normally he’d be running around the apartment with it” Chris explained. But Zuko took the piggy and enjoyed it quietly beneath the twinkle lights as Paige stroked his head and wondered what else she could do to make him feel better. He whimpered just a little, holding the piggy with his paws and nuzzling it as he rested.

It was their last Christmas together, all 4 of them. A new family with an old friend.   Now there is a new apartment (upstairs). A new baby, too. He would have loved it. 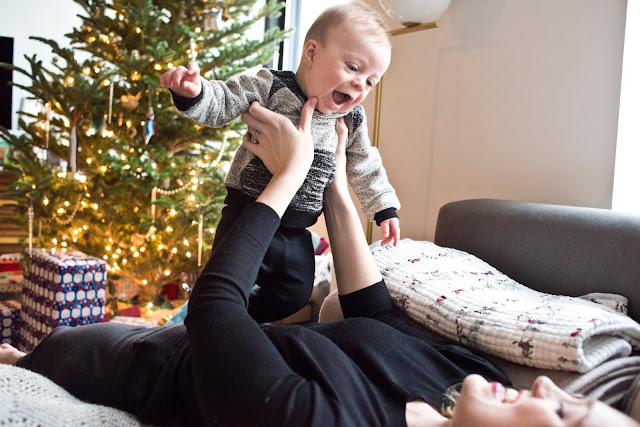 The perfect sofa to play with a baby and for a husky to nap. 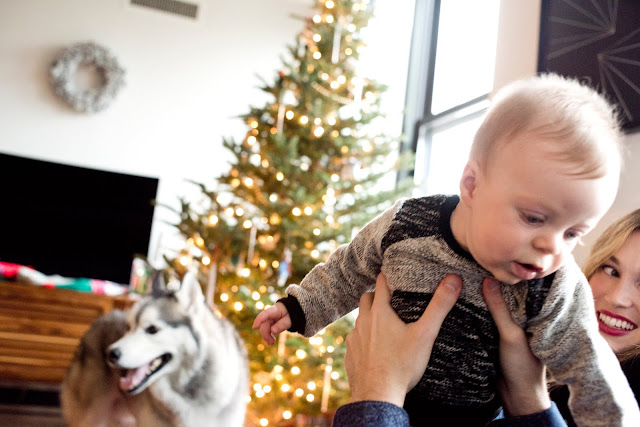 Dad holds baby while mom and big brother Zuko the husky smile in the background. 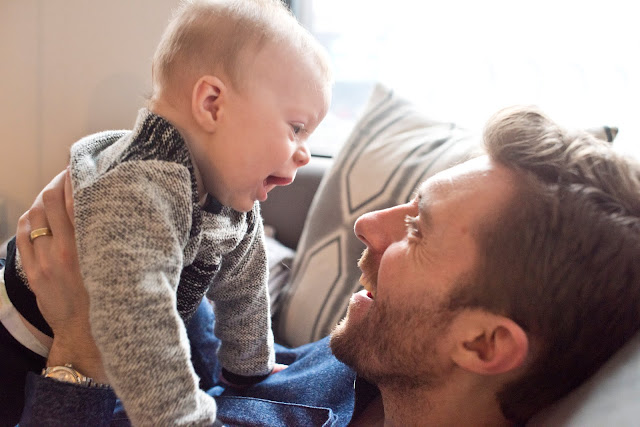 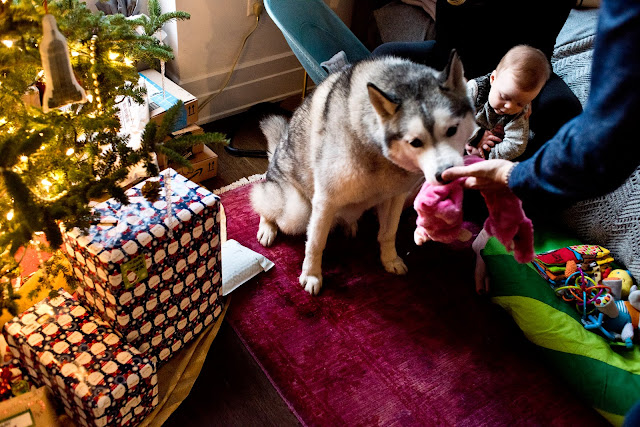 Dad gives Zuko a new toy to sheer him up. He loved it and played quietly with it. 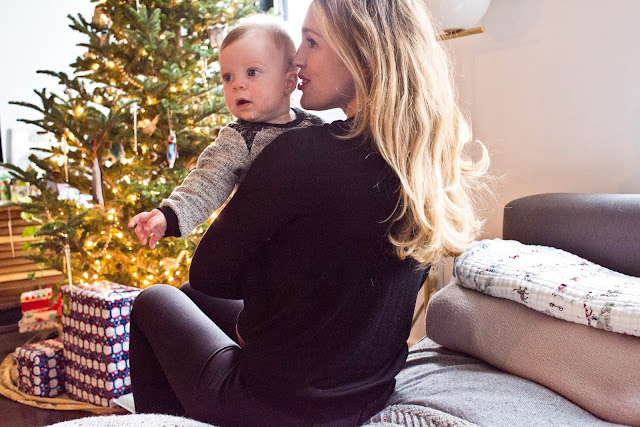