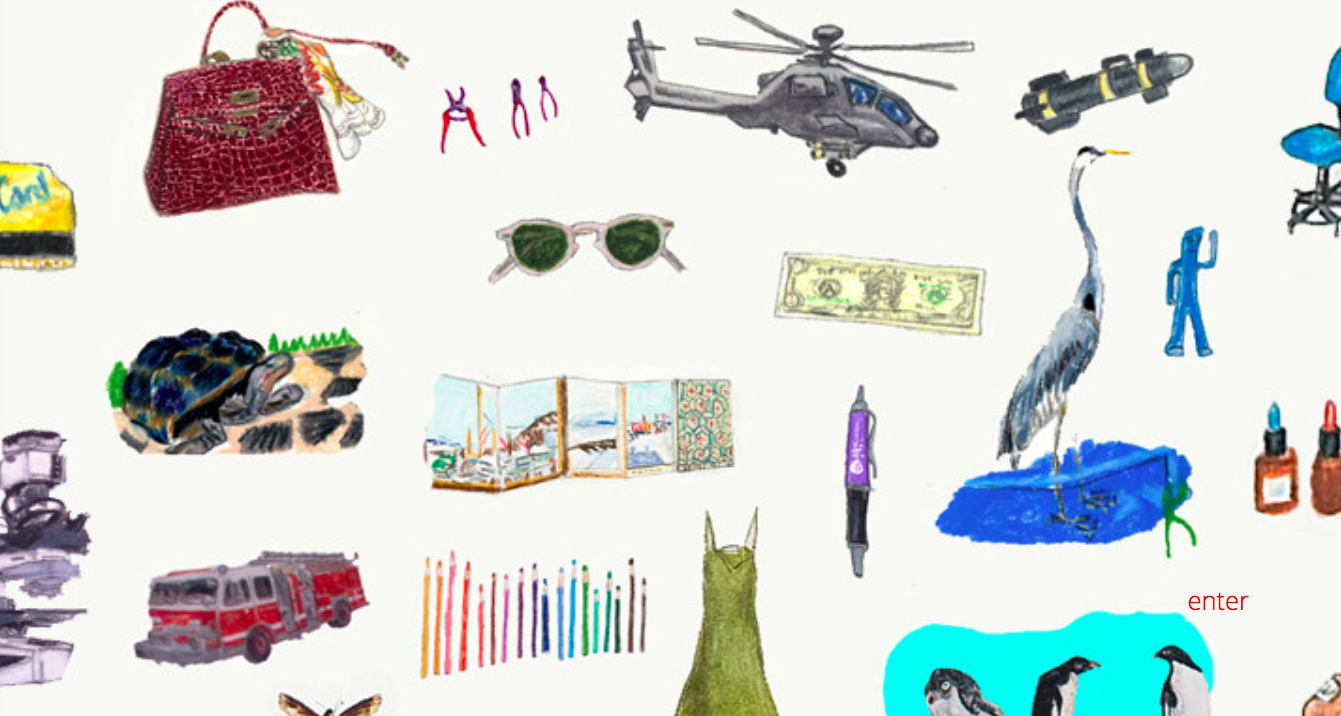 Who is Elise Engler?

Elise’s website is incredibly cool. It is a combination of obsessive illustration mixed with infatuation with color and an almost manic need to count. It was largely her masterful use of color and words together that drew me in. (See what I did there?) Enjoy this interview with her. 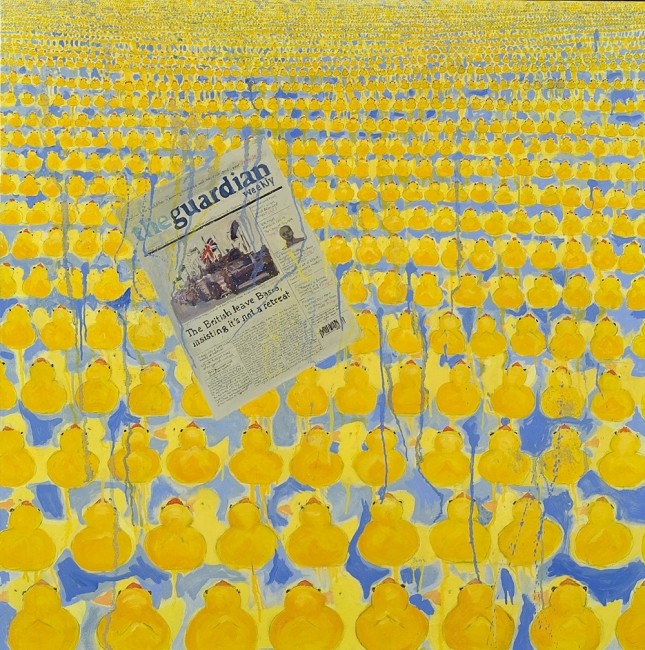 I started making art at around the age of seven. As an adult, my work reflects an insatiable curiosity of eclectic interests. Art makes people slow down, think, pay attention and be socially responsible. As a lifetime New Yorker maybe my work is informed by the fact that I grew up in a place that never slows down.

What is your work all about?

To start, my projects are large in scope, but intimate in execution. The art made is a narrative investigation of the world. To enumerate, it is seen through its countable, individual components, assembled in suites and series.

Once I drew everything I owned. In all, 13,297 objects. Additionally, I depicted the contents of over 60 different handbags. Then, I spent 5 years drawing US tax expenditures including weaponry used in Iraq, 30,000 of the casualties there (civilian and military). Also,I drew the contents of a fire engine, as well as a NYC virology lab. Furthermore, as a recipient of the National Science Foundation’s Antarctica Artist and Writer’s Program Grant in 2009, I documented time spent with scientists in Antarctica .

More recently, a body of work called Armature, consists of 13 drawings in color pencil and gouache documenting every aspect of the prolonged my recovery from a bicycle accident.

Also, I finished a 6” x 109’ accordion-folded drawing of the entire length of Broadway. Consisting of all 252 blocks, each block is drawn onsite. My current project on exhibit at Frosch and Portmann. 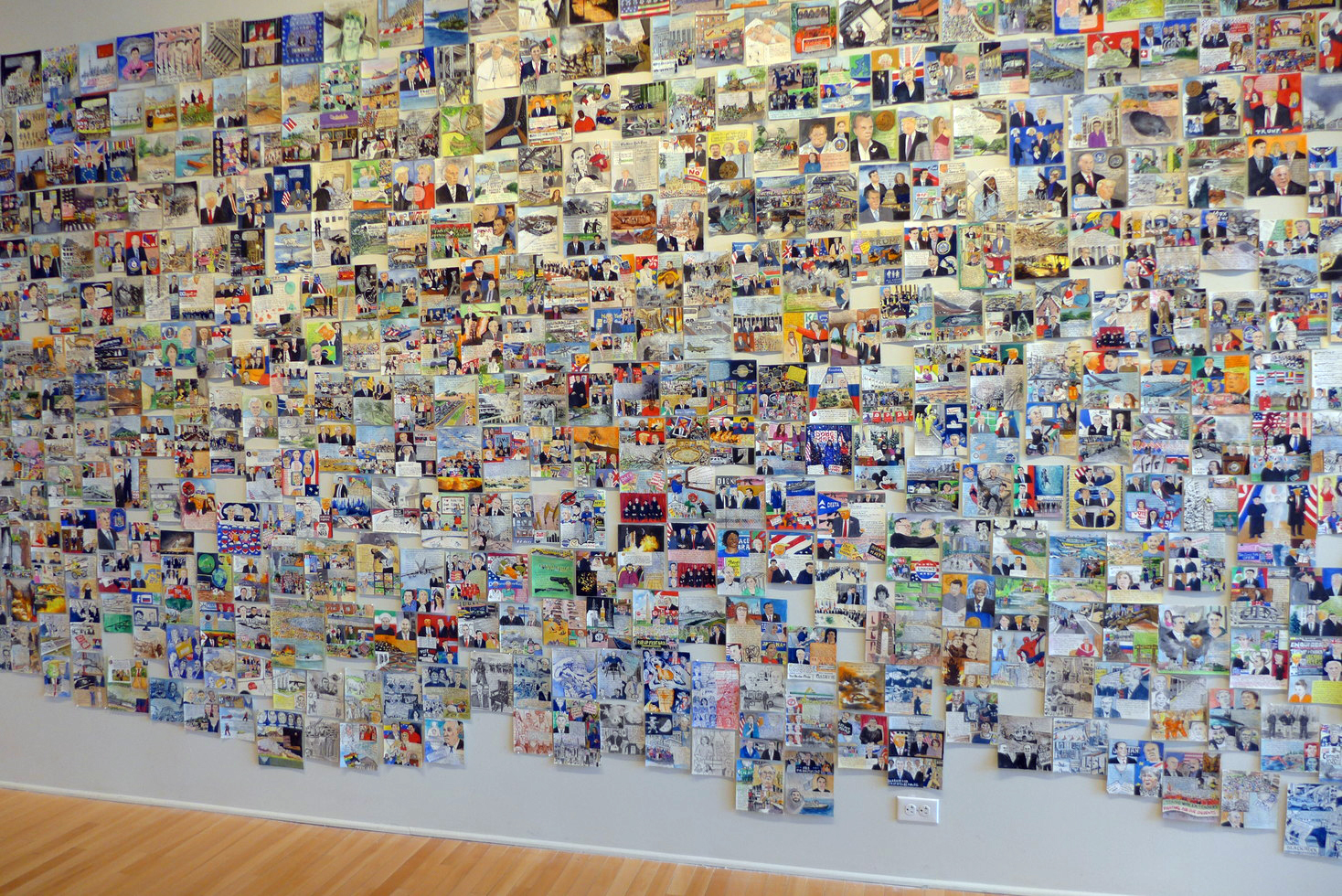 What are special challenges unique to working so meticulously small?

The advantages are: my work is portable, images can be text-like and they make people pay attention. I enjoy it when viewers get very, very close to the images.

Tell us about how you came to exhibit this current body of work on display at Frosch and Portmann?

I have always been a radio junkie, from hiding my transistor radio under the covers as a kid, to now when the radio is always on in my studio.

So, starting in 2015, I drew and painted images inspired by the first headline I heard on the radio that morning. Soon after, this singular headline morphed into multiple ones. After the 2017 elections, the news cycle intensified. This informed the work even more. My process involves choosing the headlines, researching images, using screenshots from videos and other online material. Then, it is assembled into a mixed media collection of portraits, landscapes, architecture, and logos and headlines.

I haven’t missed a single day. For the last 1255 days my obsession with the news, radio and drawing have come together and I am living out my dream. Posting daily on social media enables me to broadcast.

Notably, there is an audio component as well. Since my voice reads all of the headlines to the viewer, the size of the gallery is ideal. The irregular grid floats around the viewer. As a result, one is immersed in the events.

What colors are on your palette right now and why?

A great deal of red is on my palette now as I painted the Spanish flag and the American flag today.

What else do you want us to know about you?

I am the daughter of a political economist and an accountant, As such, I enjoy counting things. Ideas come to me while I go long distance swimming. I am a native New Yorker. 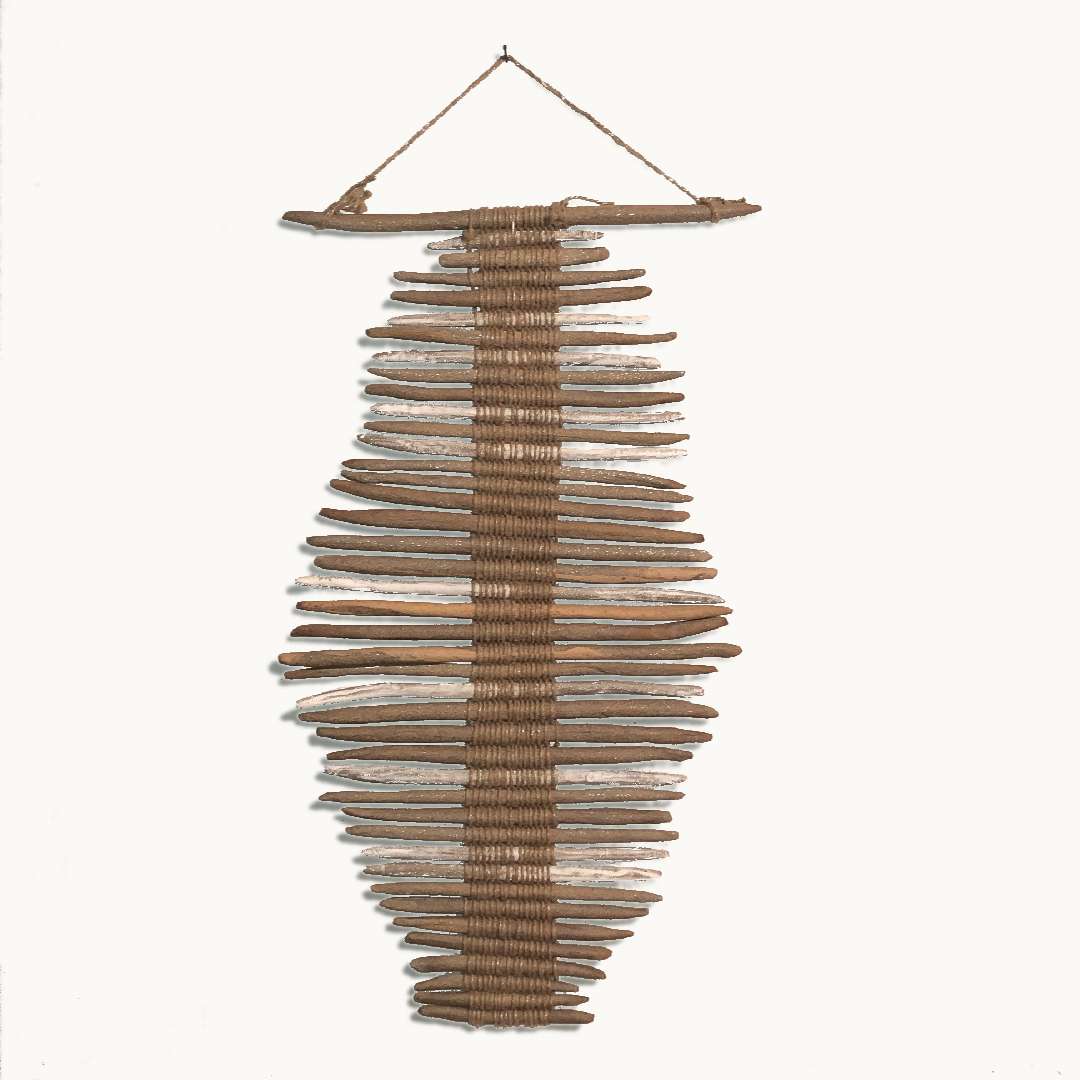 Statement from the Artist: Ceramics by Bob Brisley 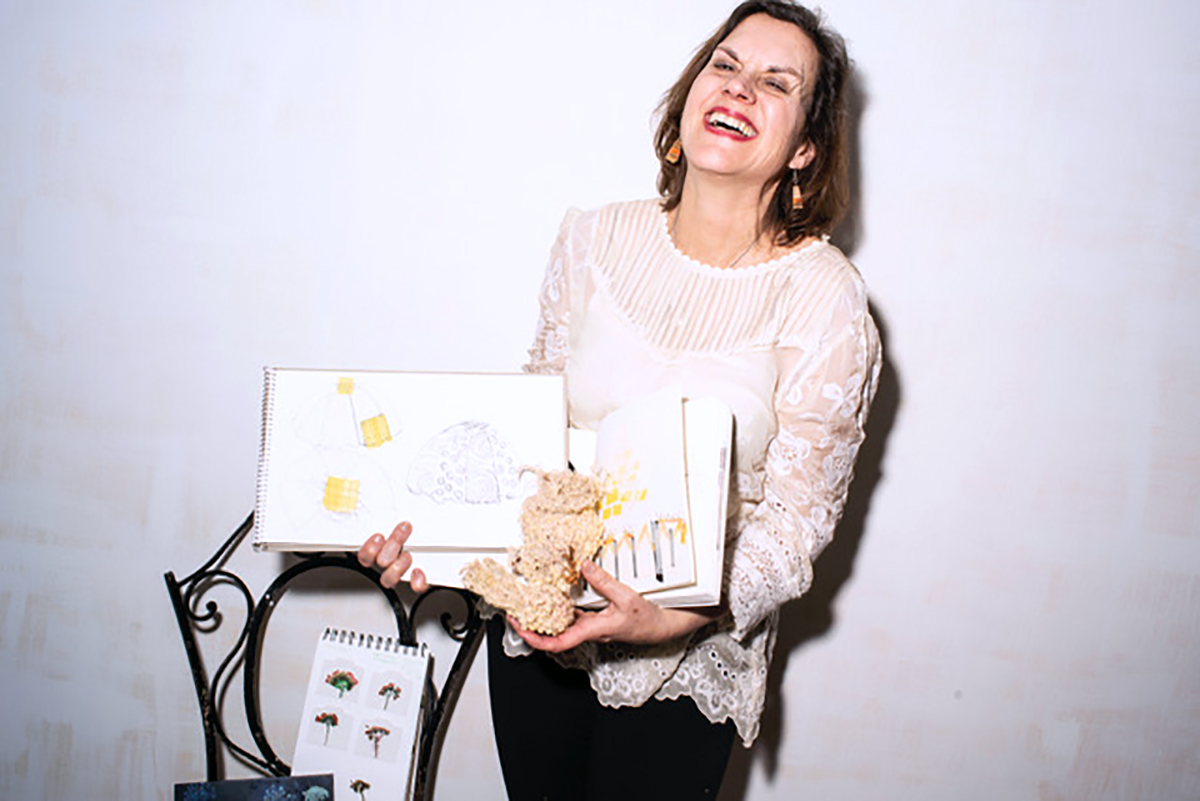