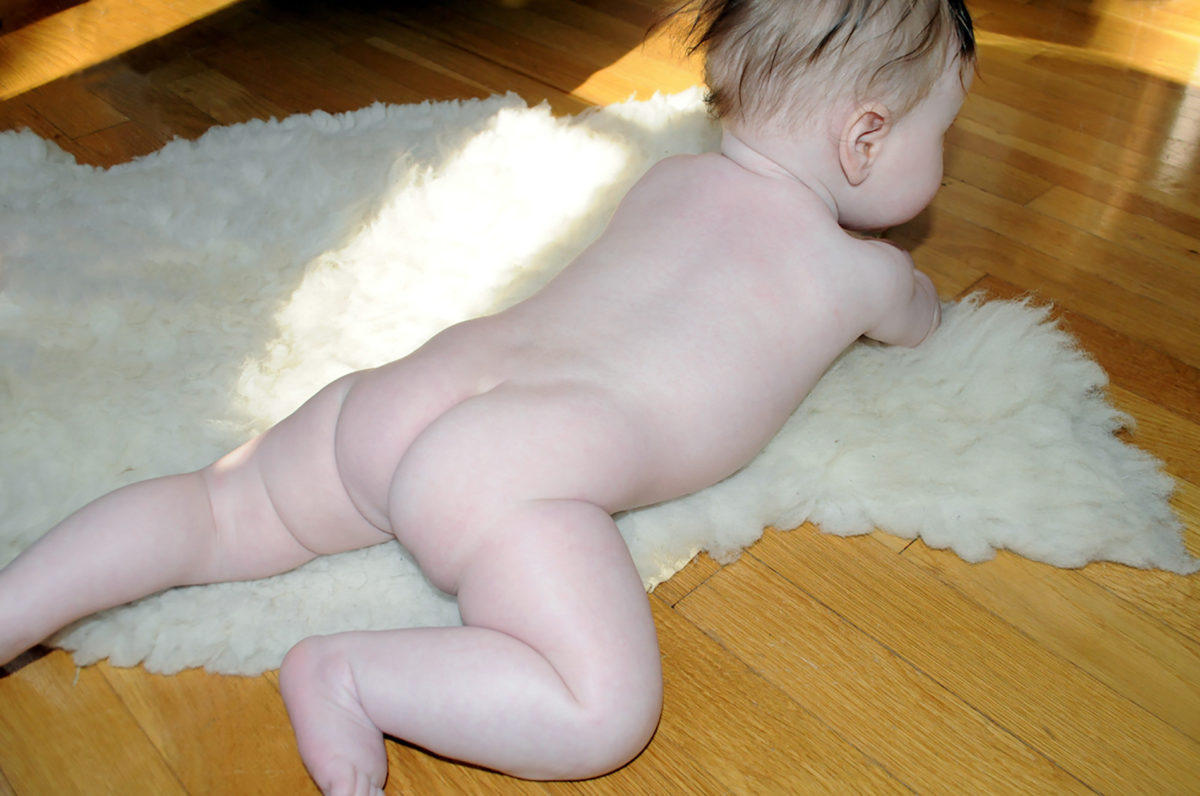 Written and Shot by Angela Cappetta

Newborn Photography is a Matter of Style

If I could shoot a fresh, new, baby every day I would. And always on a very fuzzy sheepskin. I love babies, but I admittedly don’t know much about them beyond the basics. What I do know, though, is when you plop one down on a soft fuzzy, they immediately relax. Some of them even start to smile and do that weird, little, baby laugh. So naturally, I wondered why. I looked into it and I learned quite a lot.

You see, there’s a reason babies were always put on sheep skins. Apparently, a sheep fuzzy is actually good for a baby. This is because there is a high amount of lanolin in the hair, and it doesn’t shed. They respond well to it. I learned that hospitals even use sheep skins in burn units for people with severe skin trauma. All of that good lanolin makes it a salubrious experience for the patient who is suffering. For a baby, its also the perfect backdrop. 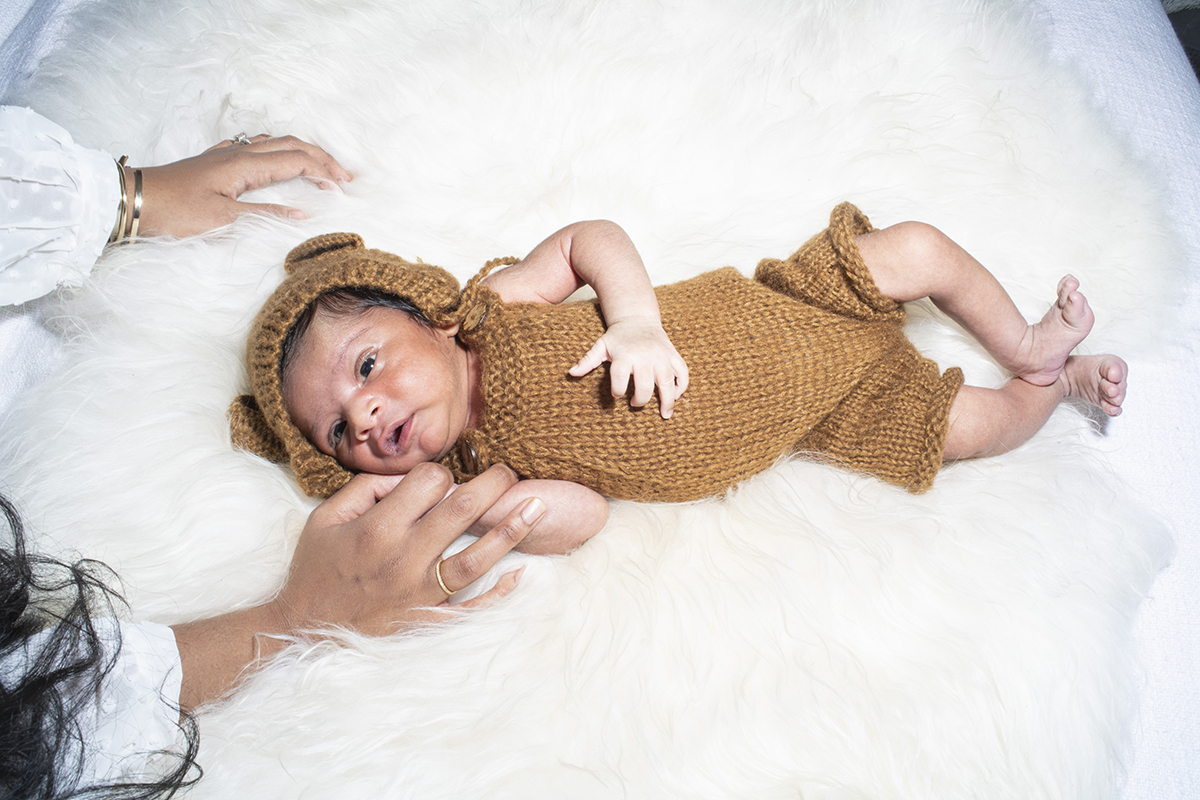 It all began when my friends started having and adopting babies. Naturally, I was conscripted to do friend-duty and photograph said babies. I insisted that they let me do it 70’s style on a shag rug or no deal. After realized that a shag rug could be little scratchy, I bought a fuzzy from a farm. I fell in love with it. On the spot I decided that this was going to be my look. 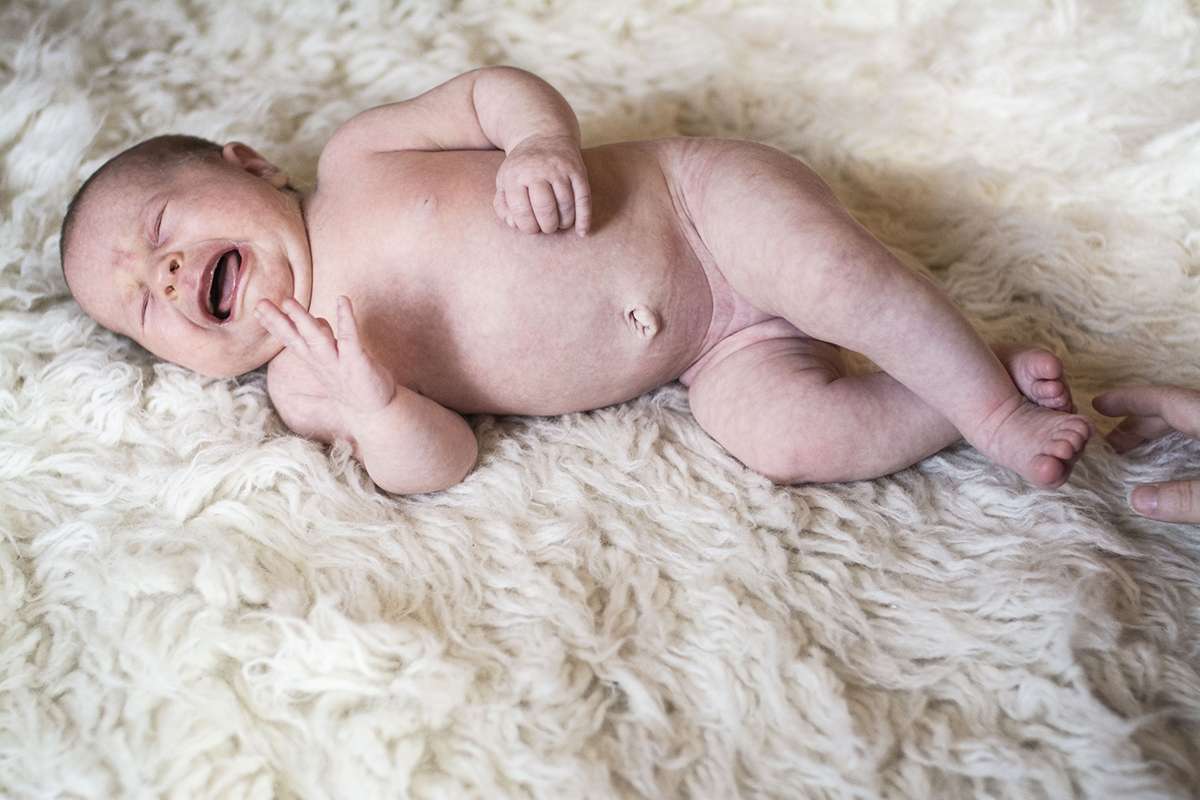 Liron Kormas, of Kormas Design Studio, is a long time client. She’s also a mom of three. Needless to say, after she had her first baby, it was showtime. An art director and designer with exceptional style, Liron and I shot all three of her babies. Important to note, that Liron’s patience with me over the years has been unparalleled. On our commercial jobs, she trusts me, but also shakes her head a lot at me. It’s awesome.

Here is what she had to say about my insistence that we try this out.

“So, when my first baby was born, Angela suggested using a thick, fluffy, fuzzy rug. She was clearly after that special 1970’s vibe, which was a genius move. I had no idea how visually satisfying it would be. I did some research and bought one from a farm upstate. Since the baby loved it so much (and the dog) we agreed that on all future baby shoots, this is a must accessory. I didn’t want to invest in a new one when the original fuzzy met an unkind end (I won’t go into details, but it was so sad). So, naturally, we went on the hunt for a shoot-ready room I could use which contained a fuzzy. Luckily, I knew that our next door neighbor had a huge flokati rug. Huge! I knew this would be incredible to shoot on. Our first fuzzy was small, but it was our intro. This huge one was a web3 version. I love pattern and texture. It is a strong influence in my own work as a digital designer. A fuzzy under a new baby- it brings the imagery to life.”

Are you ready to work with us? Let’s shoot! 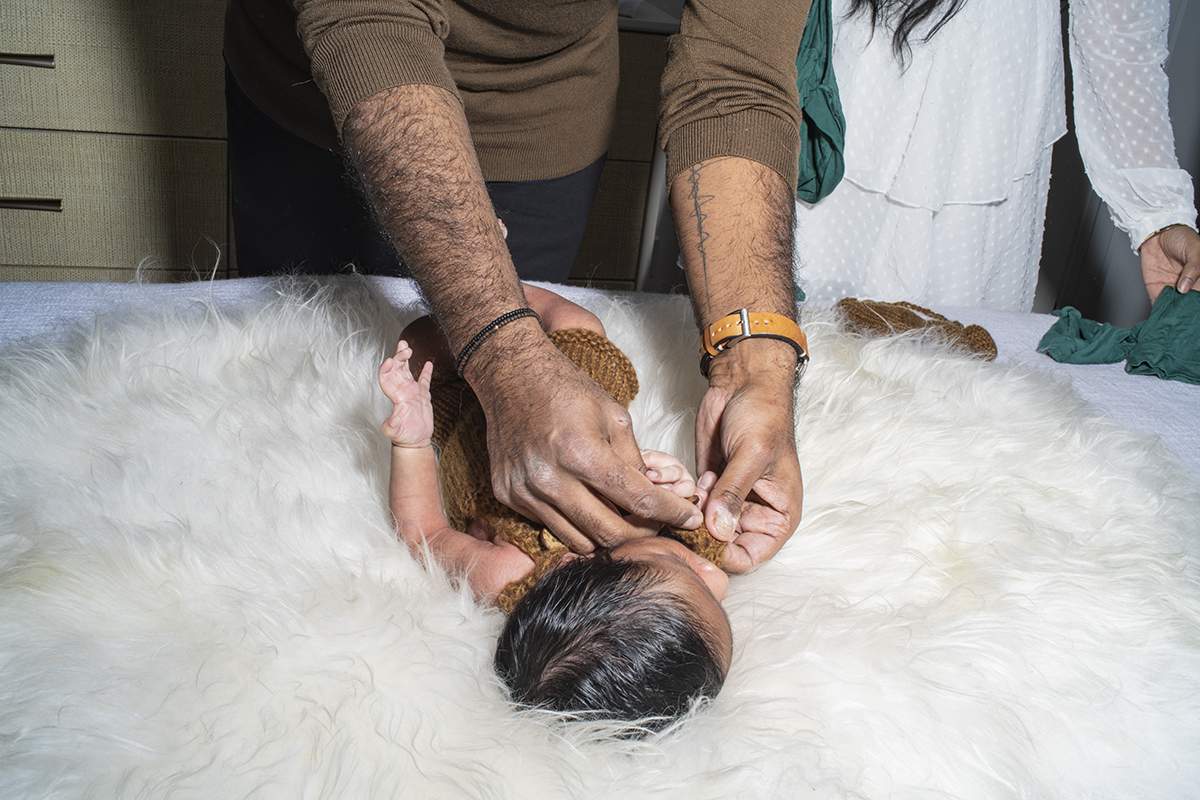 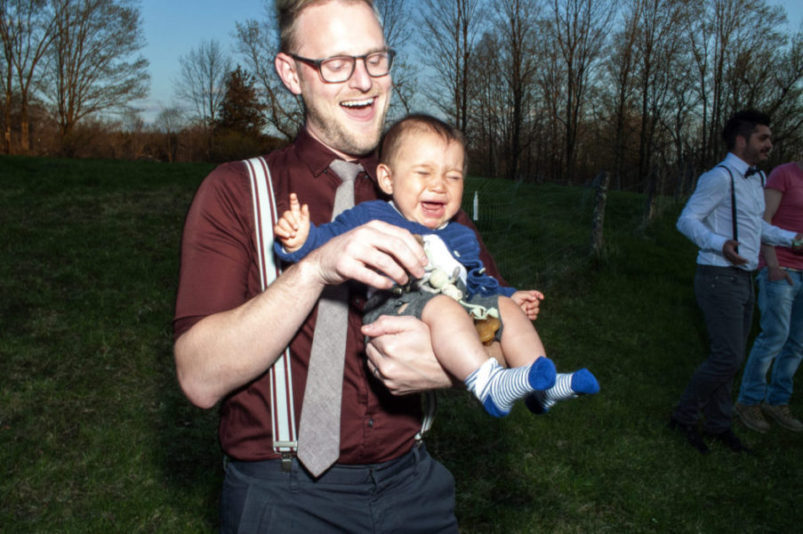